In this enthralling installment in the New York Times bestselling series, attorney Paul Madriani is drawn into a treacherous conspiracy dating back to World War II when his client is accused of murdering her father.

When Emma Brauer is blamed in the “mercy killing” of her aged father, Robert Brauer, Paul Madriani and his partner Harry Hinds step in to defend her. Insisting she’s innocent, Emma tells Madriani about a package sent to her father shortly before he entered the hospital. Bequeathed to him by a fellow soldier from World War II, the box contains only a key and a slip of paper. Emma fears that this package is connected to her father’s death, and that the real killer still poses a threat.

When Madriani’s beautiful young legal assistant is murdered during a routine errand in the case, he is blindsided by the realization that Emma’s fears are well-grounded. Driven by the need to find the killer, Madriani digs into Robert Brauer’s military history.   He discovers that other members of Robert’s Army unit have also recently died—under suspicious circumstances.

Trying to make sense of the box sent to Brauer, Madriani uncovers a trail leading to a mysterious talisman—a feared Nazi relic known as the “Blood Flag.” Soaked in the blood of a fallen Nazi follower, Hitler had displayed the flag in ceremonies until it went missing at the end of the war, turning it into a historic prize sought by collectors and others with darker motives. Racing to locate the artifact before it falls into the wrong hands, Madriani is in for the fight of his life.

In one of his most perilous cases yet, with Emma’s life on the line and his own safety in jeopardy, Madriani must uncover the truth before more people die in the struggle over the Blood Flag and its horrific legacy. 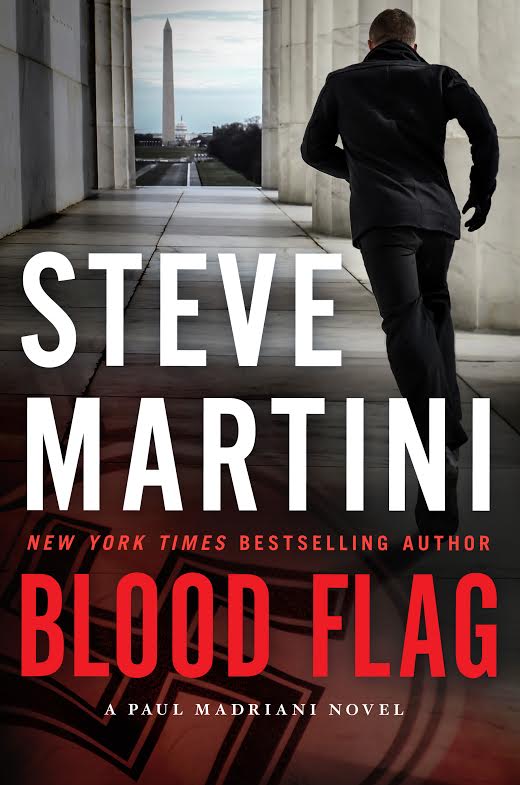